Okay, so I am not one of those incense burning hippie types.  I do like a good broomstick skirt on occasion but I am certainly not the Birkenstock wearing psychedelic type.  If anything I am conservative and careful not to get too New Age with my beliefs.  I can appreciate the beliefs of all cultures, but am just not really into too much of that tranquility and peace, zen stuff.

As evidenced by my last few posts maybe I need a little more feng shui going on in our house.  I was gifted a set of virtue magnets (more about those in another post) and when the order came they had included a mandala coloring page.  The description said for peace and tranquility.  Stress Relief was in big letters.  I could use a little stress relief, I thought.  So I pulled out some markers and got to work.  I worked on that picture for 3 days and I am still not done.  Was it a magic tranquility pill, no.  But it does give one a chance to step back and just focus on something else for a few minutes. 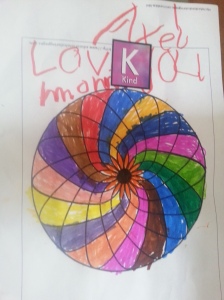 I was also very surprised when my son asked to also color one, so we printed a few out and he happily colored them for over an hour.   That afternoon when he started getting a little hyper I handed him another one, he eagerly started coloring and calmed down.  Will it work every time, probably not.  But I am gonna ride this ship as far as it will take me.  He even started drawing his own mandalas. 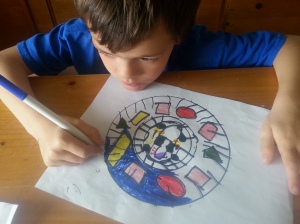 So I highly suggest checking out some free mandala coloring pages or getting some books, they have lots available on Amazon. 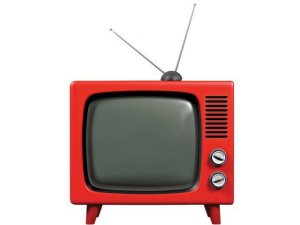 Well, we did it….We SOLD our TV! We have experimented with being Screen free over time and one thing I found was that as soon as the TV came back our children’s behavior turned for the worst!  It was like that little box was scrambling their thoughts or something.  It was too exciting, or too emotional, or too I don’t know stimulating.

It wasn’t just the stimulation my children would pick up words and phrases things in cartoons that were supposed to be funny and say them at random inappropriate times, the tv was creating their culture more than their family was.  I was concerned that these shows may be effecting the hard sought morals I was trying to impart, not to mention all the subliminal messaging that commercials were sending, but was getting rid of our tv really the right move?  Here are some things I had to think about.

1.Family Impact (more often than not the TV was our entertainment not playing outside or playing with toys, not talking to each other)

2.Health Impact(there is reason to suspect television for harming young minds I will post some videos below)

3.Moral Compass (were the shows teaching what I wanted my kids to learn?)

Yes there are Bible shows, but lets be honest most of them are sadly not appealing to kids.  My children are bored of “God Shows” as my son put it pretty quick.  And should I really be using the tv to teach religion anyway?  What about nature shows…well what about actual nature?  In the end we have made the choice to be screen free.  We still have a computer so if we really need to watch something we can, but really do we need to?  I would much rather take the kids to a movie every once in a while and make it a fun event.  Will we never have a TV?  I don’t know but not for a while certainly. 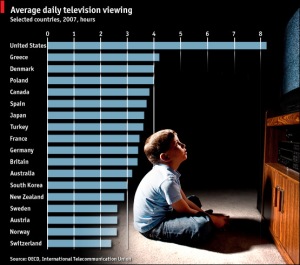 Lolololol
Thanks grandma Pattie we have enough vhs to last a while now :) who knew these tapes would cone in handy one day ;) #vhs #movies
At stonebridge reed springs, mo
Best buddies #cats #bestbuds
Silver dollar city
So cute